Alien ships appeared in the sky. Immediately everyone began to rejoice, but gas bombs were dropped from the ships. Gray mist covered the earth. People and animals began to choke and die. Cities are extinct. Only the military and other people with protective equipment survived. Now the aliens descended into the cities and began to clean them from the survivors. Kill the aliens and wait for the fog to clear. More information about Alien Murderers 3 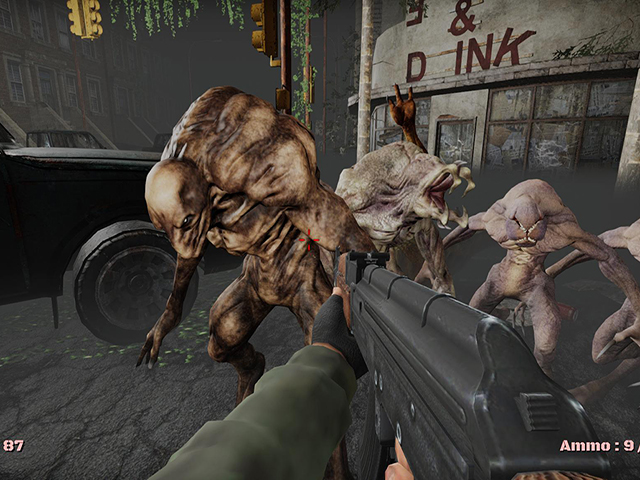